An easy way to objectively quantify the muscular strength of rodents (mouse and rat), and to assess the effect of drugs, toxins, muscular (i.e. myopathy) and neurodegenerative diseases on muscular degeneration. Widely used in conjunction with the ROTAROD motor coordination test because a normally coordinated rodent will show a decreased latency to fall off the rotating rod if its muscular strength is low. The Grip Strength Test for rats and mice is a must for your research on activity, motor control & coordination, and is particularly well suited for studies on Parkinson's & Huntington's disease.

Grip Test: Mouse on the grid

BIOSEB's Grip Strength Test allows the study of neuromuscular functions by determining the maximal peak force developed by a rodent (rat or mouse) when the operator tries to pull it out of a specially designed grid or bar, which are available for both fore and hind limbs. The Grip Test has been documented in numerous literature, and is included in the Functional Observational Battery (FOB) to screen for neurobehavioral toxicity. In this context, changes in grip strength peak values of rodents (rats or mice) are interpreted as evidence of motor neurotoxicity.

This force assessment is widely used in conjunction with the ROTAROD motor coordination test, since a normally coordinated rodent will show a low score if its muscular strength is low.

Bioseb’s Grip Strength Test for mice and rats is simple to operate : the grip strength meter is positioned horizontally and the subjects are held by the tail and lowered towards the apparatus. The animals (rat or mouse) are allowed to grab the metal grid or triangular pull bar and are then pulled backwards in the horizontal plane. The force applied to the grid or to the bar just before it loses grip is recorded as the peak tension.

The measurement is accomplished using a highly accurate sensor (same sensor for rats and mice) and an electronic device offering a sampling rate of 1000 Hz. This ensures that the maximum force is perfectly captured and displayed, even for short and low force peaks - this is especially useful when grip testing mice.

Measurements can be recorded and displayed in grams, newtons, or lbs. The unit is directly selected on the keyboard. Data output is available through a RS232 port or a graphic recorder. Individual measurements (up to 100) are stored in an internal memory, and can be downloaded after the experiment. 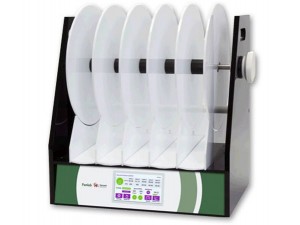 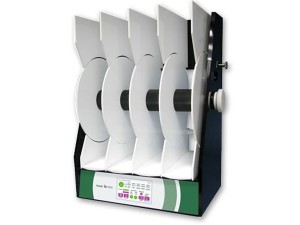 Rotarod
Rotarod provides an easy way to test the motor activity in rodents (mouse or rat) - an ideal solution for studying...

Rotarod provides an easy way to test the motor activity in rodents (mouse or rat) - an ideal... 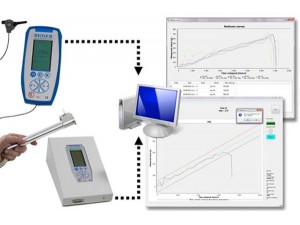 Bioseb CIS Software
A NEW software for increasing the repeatability of nociceptive tests: by recording the reflex respond the software...

A NEW software for increasing the repeatability of nociceptive tests: by recording the reflex...