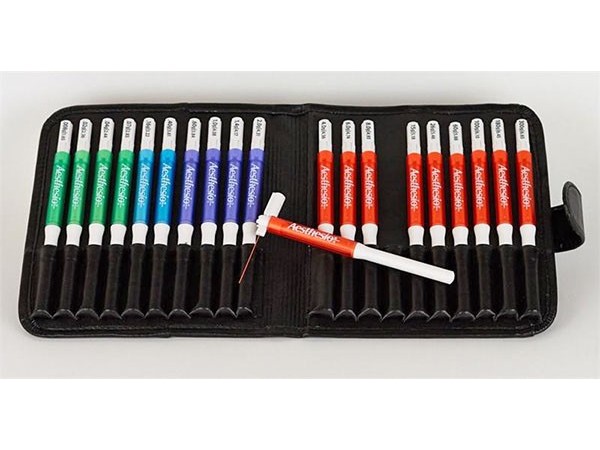 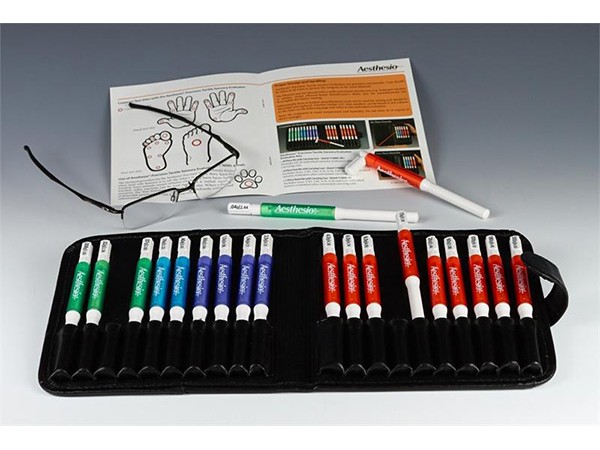 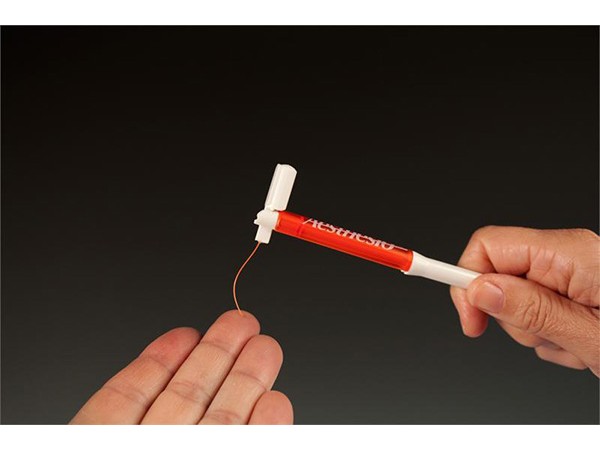 This set of 20 monofilaments (or Von Frey hairs) is based on the Semmes Weinstein monofilament set, but now features retractable filaments to protect the filament and allow the investigator to carry a few around in a pocket.

The Semmes Weinstein set of monofilaments provide an approximately logarithmic scale of actual force, and a linear scale of perceived intensity. They have a long history of effective use in clinical settings, and can be used to diagnose pathologies of hyper- or hypo-aesthesia. Subsets within the set of 20 probes distinguish pathologies on different parts of the body (foot, hand, lip, cheek, etc.). 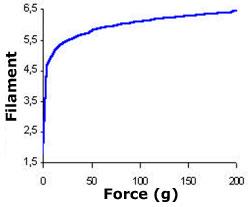 The operating principle remains the same: when the tip of a fiber of given length and diameter is pressed against the skin at right angles, the force of application increases as long as the researcher continues to advance the probe, until the fiber bends. After the fiber bends, continued advance creates more bend, but not more force of application. This principle makes it possible for the researcher using a hand held probe to apply a reproducible force, within a wide tolerance, to the skin surface.

Rodents exhibit a paw withdrawal reflex when the paw is unexpectedly touched. The Touch Test™ Sensory Evaluator can be used on the Plantar surfaces of the foot of a rat or mouse, and the animal will indicate sensation by pulling back its paw. Replacement filaments available.

Attention : Because of the physical properties of the material making up the filaments it's recommended to work at temperature between 18°C an 24°C and hygrometry between 60 and 80 %, for a better reliability of the results. 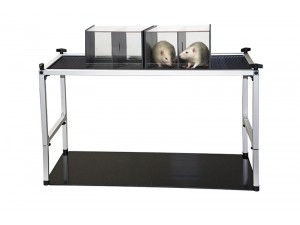 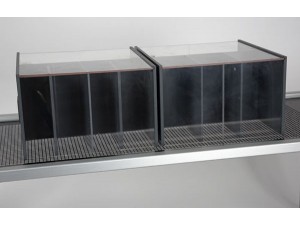 Modular holder cages for rats and mice
New ROBUST and modular cages to gently hold rodents (rats or mice) during nociceptive and analgesic tests including...

New ROBUST and modular cages to gently hold rodents (rats or mice) during nociceptive and... 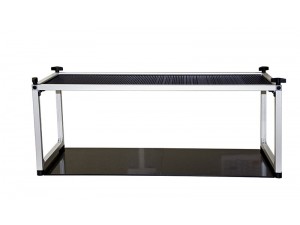 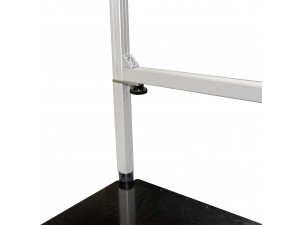 Elevated mesh stand for manual or Electronic Von Frey. Can accommodate up to 3 modular Bioseb... 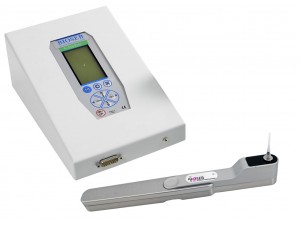 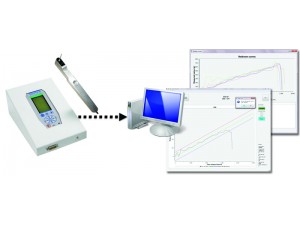 Electronic Von Frey 4
A quick solution to determine the mechanical sensitivity threshold in rodents (mice and rats). This precise and...

A quick solution to determine the mechanical sensitivity threshold in rodents (mice and rats).... 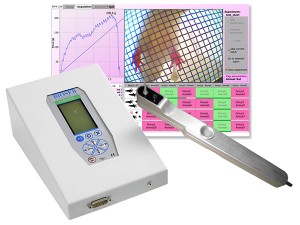 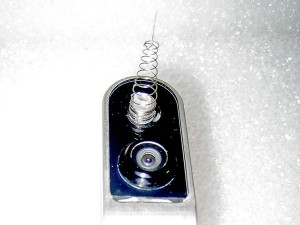 The latest evolution of Bioseb's Electronic Von Frey instrument for determining the mechanical...